On the eve of the release of Marvel Studios’ The Eternals, I’ll once again indulge in some speculation. I’m usually dead wrong, but in what’s become a tradition since WandaVision, I’ll own it and update this post with everything I missed. (And maybe something I got right?)

UPDATED with spoilers for Eternals

Marvel Comics’ Eternals are not the most memorable characters. They’re godlike, but with less mythic resonance than Thor and Hercules. They’re cosmic, but without the same gravitas as the Silver Surfer. They’re a found family, but without the addictive melodrama of the X-Men. The Eternals’ enemies, the Deviants, are even less interesting in the comics. Their defining trait is their envy of the Eternals.

My interest in the upcoming movie is less about the Eternals themselves, but their connections to the Marvel mythology of the Celestials–and what that means for the Marvel Cinematic Universe. What I’m most excited about can be summarized in one panel.

END_OF_DOCUMENT_TOKEN_TO_BE_REPLACED

SPOILERS for WandaVision through Episode 7, because I want to get some wild-ass theorizing out there before all is revealed.

In the Marvel Cinematic Universe, movies like Thor and Doctor Strange established magic as a technology born of a more advanced science, a means of tapping into primordial cosmic forces. The Infinity Stones, created along with the universe by the Big Bang, are powerful sources of these energies. But possessing an Infinity Stone is not the only way to access a portion of its power. Wanda and Pietro Maximoff were given powers by Baron Strucker, experimenting with the Mind Stone. Carol Danvers got her powers from an explosion of an engine powered by the Space Stone. Some mortals in the MCU seem less accidental about tapping into these forces.

END_OF_DOCUMENT_TOKEN_TO_BE_REPLACED

SPOILERS for WandaVision, through Episode 6, HBO’s Game of Thrones final season, and Season 1 of FX’s Legion, below. And speculation on the real Big Bad.

WandaVision is one of those shows that knows its audience. The show doesn’t take pains to explain the history of the Marvel Universe–we either know it already or will use our Disney+ subscription to catch up. It serves up slow-burning mystery, and it knows that its viewership includes detectives bringing to bear decades of comic book and movie scholarship. It selects an engaged audience.

So in addition to telling a story that fits solidly in the Marvel Cinematic Universe, it gives us a categorization game: Easter Egg, Foreshadowing, or Red Herring?

END_OF_DOCUMENT_TOKEN_TO_BE_REPLACED

In 2008, when Nick Fury told Tony Stark that he’d become part of a bigger universe, the Marvel Cinematic Universe was born. It was a slow release of blockbuster movies that introduced Iron Man, Captain America, and Thor, brought them together as The Avengers, and kept expanding to a network of interconnected TV and movie franchises to stand in the ranks of vast properties like Star Trek and Star Wars. As of WandaVision episode 5, it looks like Phase Four of the MCU has introduced the Multiverse, and once again, Marvel’s presence on the big and small screens has expanded again.

Assuming Marvel Studios builds an in-house continuity for the X-Men and the Fantastic Four–and I hope they do, instead of importing it from the Fox movies–it feels like it’s time for the MCU to shift its focus off the Avengers. Captain America is old, and has lived a full life. Iron Man, the Black Widow, and (through tragic real-world circumstances) the Black Panther are dead. The Hulk’s days of two-fisted smashing are done. There are still Avengers, but Marvel Studios is giving them the small-screen treatment. It’s time for some new players filling out the blockbuster and tentpole movie schedule. And it should all build on what the MCU has already established.

END_OF_DOCUMENT_TOKEN_TO_BE_REPLACED

SPOILERS for the Marvel Studios universe up through WandaVision Episode 5, and speculation beyond.

The Joy of a Slow Watch

I’ve been starved for new live-action Marvel Studios programming taking place in the Marvel Cinematic Universe. In the parallel quantum universe without the coronavirus pandemic, I would have already seen Black Widow, Eternals, and Shang-Chi by now. Instead, I get 30 minutes every Friday of WandaVision.

And I love it.

In an era where so much is available online, and entire seasons are released to be binge-watched, I love having to wait. Each episode, questions are answered but deeper questions are uncovered. And I have a week to speculate on the answers. This might be the most enjoyable thing about being in a slow-release fandom, and the reason why many of us loathe spoilers. We are forced to engage with open questions in a story with only our own imaginations and that of our friends. We become active participants in the storytelling process, not just passive consumers. Being a fan of a shared universe becomes an intellectual exercise, where there is a potential thrill both in having guessed right and in being surprised.

The end of WandaVision episode 5 took it to a new level.

END_OF_DOCUMENT_TOKEN_TO_BE_REPLACED

It is with great pleasure that I can now announce the publication of my third-ever short story sale, “Matchstick Reveries,” in issue 5 of the online magazine Truancy! Please read the story over at Truancy, and the come back here for some behind-the-scenes notes, if you’re curious.

(The story, as originally posted in Truancy, omitted some paragraphs due to a publishing SNAFU. The editor has restored the full text.) 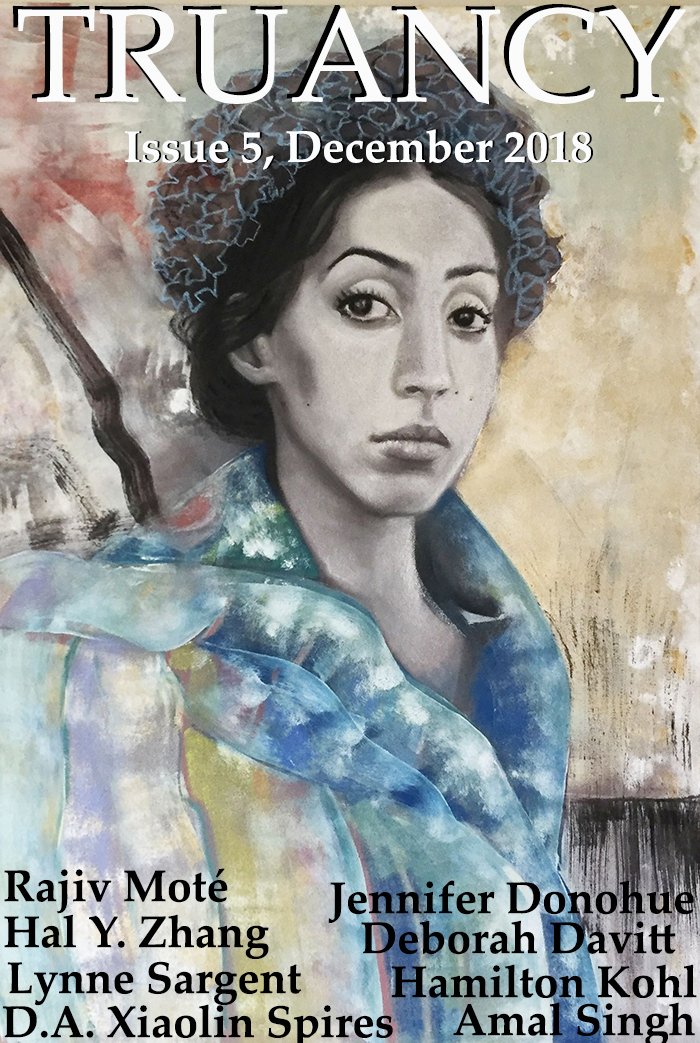 As with a lot of my stories, it started as a joke. The title I’d given it was “Marvel Comics Presents: The Little Match Girl” and it was a mash-up between X-Men comics and Hans Christian Andersen’s “The Little Match Girl.” It had mutant psychics, a freezing little girl, and a cosmic force of fiery death and resurrection. It got some yuks from my Facebook friends, which is usually as far as these ideas go. But something about it stuck in my craw. There was a reason I took that troubling little H.C.A. tale in a different direction. I kept fiddling with it. 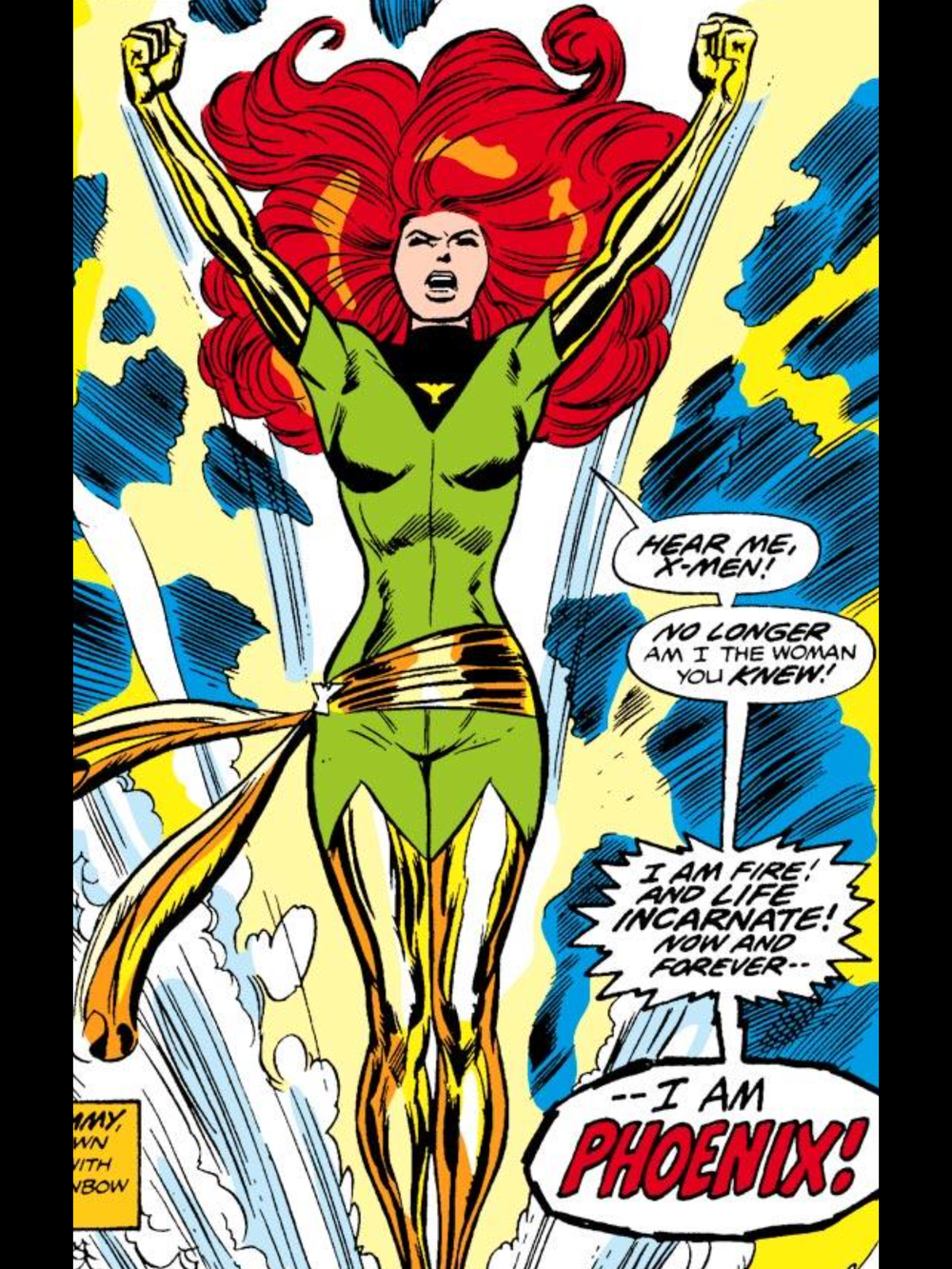 The Hans Christian Andersen tale “The Little Match Girl” horrified me as a child, a horror that only deepened as I revisited it over the years, in its various incarnations. It wasn’t just that a young child, cold, alone, and overlooked, lights match after match on a winter street, has visions of simple comforts she can never have, and then freezes to death on a street corner. It was also that the narration beatifies this senseless result of societal negligence. The dead little girl is better off now, in heaven, because nothing could save or comfort her in the temporal world. Maybe Andersen meant to stir societal shame through pity, but it looked like nihilism in my eyes. Then I heard of an African proverb that brought the theme into focus: “The child who is not embraced by the village will burn it down to feel its warmth.” So yes, I wanted to write a story where the Little Match Girl takes them all down with her, and instead of her world ending in ice, she sets her world on fire. That was the ending I needed to make peace with Hans Christian Andersen.

I entered a version of the story in PodCastle‘s flash fiction competition, but the feedback was that it was too brutal, too unjust. That was, of course, the point, but the 1,000-word limit didn’t allow me to dig deeper into the moral framework I imagined for the story. And in truth, the story still leaned too heavily into the X-Men Dark Phoenix joke to stand on its own and have something to say.

So I did some research, and went off on different tangents. I learned that selling matches was, historically, used as a thin cover for begging in the streets. I read about the different incarnations of safety matches through the years, and how they were called “Lucifers.” I had a “her parents were French Revolutionaries stirring up trouble across the Channel” angle that I soon scrapped. I read about the Great Fire of London (inconveniently 200 years before the setting of this story), and how the original monument was supposed to have–no joke!–a phoenix on the top. And the suicides, from jumping off the monument and getting impaled on the iron fence posts below? That was historical too. And yes, children froze to death in the streets, and were carted away to paupers’ graves, and the Church tried to put it all into a context of divine meaning.

So Jeanne, this version of The Little Match Girl, is the eventual and inevitable reckoning that comes when the village doesn’t take care of its own. When the phoenix immolates, something new will always rise from the ashes. It’s brutal, terrible, but it sets the stage for a second chance. How will we do the next go-round?